The Center for Global Peace and Conflict Studies (CGPACS) can occasionally host Visiting Scholars from U.S. and foreign universities to work in close collaboration with specific UCI faculty on issues related to global peace and conflict studies. Visiting Scholars in the past have included senior scholars, post-doctoral scholars, and advanced doctoral students in a broad range of fields.

Applicants must have secured funding from a fellowship or a university sabbatical. They must also have a clearly defined research project developed in conversation with a scholar (or team of scholars) at UCI, who is willing to serve as liaison and host during the applicant’s stay. Scholars and advanced doctoral students may apply to be in residence for a period from one month to one year. Visiting scholars will have office space and library privileges and will be encouraged to participate in events at CGPACS and the broader UCI community, and to hold a public presentation about their research during their fellowship period.

Interested individuals should first communicate with relevant UCI faculty to develop a research proposal, and to secure agreement from this faculty member to serve as liaison and host during the applicant’s stay. Applications consist of relevant correspondence with UCI faculty, the applicant’s CV, a 2-page description of the research project (including why a residency at UCI would be beneficial) and the proposed dates of residency. All applications should be sent to: Lina Celia Moncayo, lina.moncayo@uci.edu. 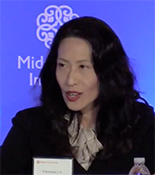 Christina Lin is a Research Fellow at the Center for Global Peace and Conflict Studies. Her research focuses on China-Mediterranean/Middle East relations and ways for U.S.-China cooperation in a changing international order. Specific areas of interest include China's Belt and Road Initiatives, its rising role in the Middle East's economic and security landscape, and the interplay between regional security architectures such as the Shanghai Cooperation Organization (SCO) and the Organization for Security Co-operation in Europe (OSCE) as an evolving paradigm of China-U.S./West relations in a multi-polar world.

She holds a Ph.D. in International Political Economy and Security Studies from the London School of Economics and Political Science, and is a former Transatlantic Academy Fellow at the German Marshall Fund of the United States and Fellow at the Center for Transatlantic Relations at SAIS-Johns Hopkins University. Dr. Lin is the author of "The New Eurasian Embrace" in Toward Well-Oiled Relations? China's Presence in the Middle East Following the Arab Spring (Palgrave Macmillan, 2015) and "The Dragon's Rise in the Great Sea: China's Interests in the Levant and the Eastern Mediterranean" in The Eastern Mediterranean in Transition: Multipolarity, Politics and Power (Routledge, 2015). 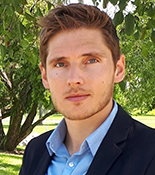 Biography
Pierre Bourgois holds a Ph.D. in Political Science from the University of Bordeaux. He defended a dissertation in November 2018 entitled “Is He One of Them? Francis Fukuyama and American Neoconservatism”. In this work, he defended the thesis that Francis Fukuyama’s thought, despite some observable differences, perfectly embodies the American neoconservative ideology. In other words, he wanted to illustrate that it is possible to understand, through the Fukuyamian thought, what is neoconservatism in terms of ideas. In his opinion, this is proof, beyond the undeniable diversity, of a broader ideological unity within the current. His dissertation was awarded with the Thesis Prize of the University of Bordeaux.

In 2019, He has been selected by the Directorate General for International Relations and Strategy (DGRIS) of the French Ministry for the Armed Forces, as part of its postdoctoral fellowships program (“Ambassador” Program), to develop a project on the link between military transhumanism and democracy, and more specifically, on the U.S. situation with regard to the strategic issue of the enhanced soldier. This project is conducted within the Center for Global Peace and Conflict Studies (CGPACS) at the University of California, Irvine, and is attached to the Montesquieu Research Institute (IRM) of the University of Bordeaux.